categories
• At the Bottom, Near the Top (in progress)
• Works on Paper
• Paintings
• Interior and Theater Design
• Curatorial Practices 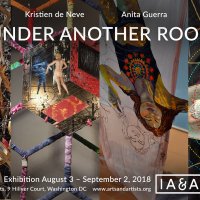 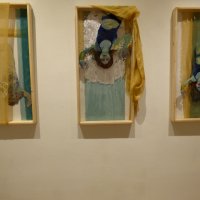 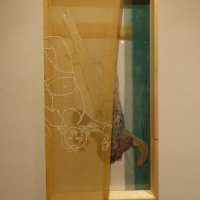 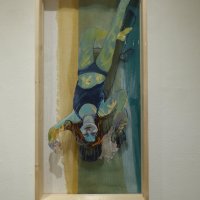 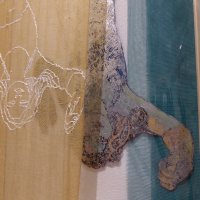 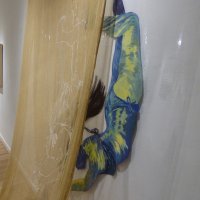 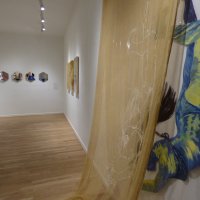 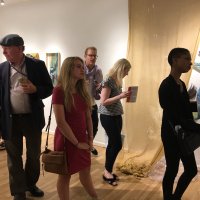 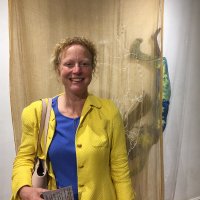 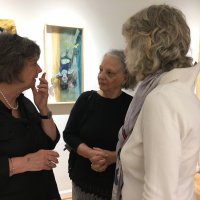 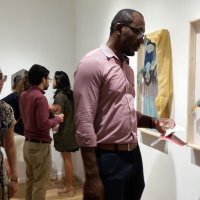 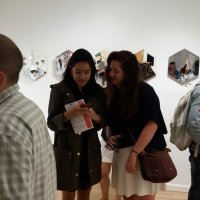 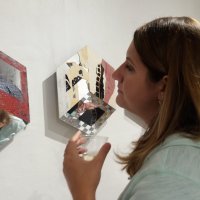 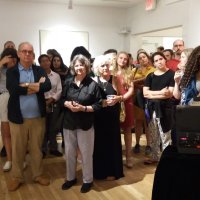 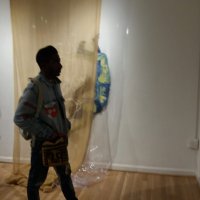 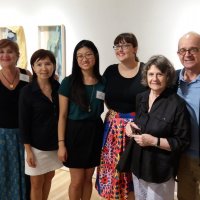 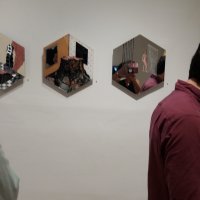 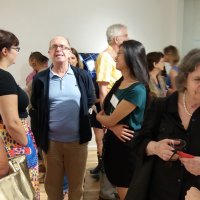 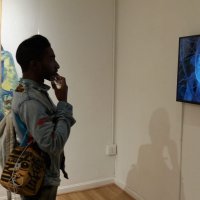 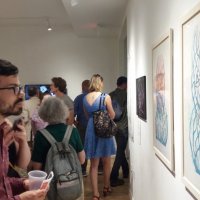 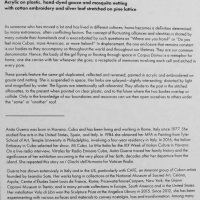 Under Another Roof is an exhibit based on the site-specific installation, Under the Same Roof designed for the Gallery Sala 1 in Rome (Italy)  and realized in May 2018.  Four artists of four different nationalities choose to focus on the desire and on the need for a harmonious coexistence while dealing with the difficulties and the fears of this endeavor.

In Rome, they construct a common building, octagonal in shape, with four entrances and four walls, as a strong visual metaphor of cohabitation.  Each of the four vertical walls shows how each artist connects earth with heaven through a personal visual vocabulary and message.  As human beings, we all live in a standing position as particular intersections of two fundamentally shared planes.

In Washington D.C., the work of the four artists  once again share  the same sky and  the same ground while the four walls are differentiated by the traces of each individual’s visual language. Another “roof”, the roof of the IA§A Hillyer Gallery,  generously hosts their proposal,  enabling them to cohabitate a second time, but in a different country.

On each of the four walls, the observer can now find some traces of the former site-specific installation, re-elaborated for IA§A in a more synthetic version, without any premeditated or direct interactions between them.   The relationship between the different artistic proposals is left to the sensibility of the observer.

Nevertheless, one hint of a correlation between the messages of the artists can be given:
in each of the artist’s works, there is a clear invitation towards self-investigation as a condition for living more harmoniously with other people and with our environment in its broadest sense.

Marina Buening presents images of branches entitled, “In the Wild”. She encourages people to get in touch with the vulnerability of nature.  For her, self- investigation has to do with healing the profound relationship between man and nature,  necessary for a harmonious existence.  In Kristien De Neve’s work on mirrors, there is an explicit request to go beyond superficial self-images, personal masks that limit our capacity to relate to people in a new and profound way. In Anita Guerra’s work, a floating identity is indicated,  which can only be rooted in our physical bodies (“Corpus-Domus”).  The body, viewed as that constant home which follows us around wherever we live, thus becomes an indicator or our own limits/limitations and resources. Only by knowing ourselves can we begin to know each other. In Maria Korporal’s work -  a video inspired by the ritual Walkabout of Australian Aborigines - self-knowledge emerges through a long and intriguing journey made up of many exchanges,  creating networks between people that transcend territorial and personal limits.